I should be revising for an upcoming exam, but it’s approaching the end of my Christmas holidays and I really don’t feel like it. So screw it, you guys get a blog instead 😀

2015 has been quite a busy year for DDO and for my DDO characters. So how did it do?

U25 – Reign of Elemental Evil

When this content came out, I loved it. I like Wil Wheaton and was pleasantly surprised when it turned out he was GM’ing the new content. The quests, though long, were fun and sometimes I really like a ton of bad guys to massacre.

Unfortunately I can honestly say I haven’t run it a lot since it came out. It’s not something we tend to run as a guild – nobody really wants anything from there – and because of it’s length I tend to skip it when running my TR’s up to cap. Which is a shame. So maybe I’ll try to make more of an effort to enjoy this content more in the New Year.

As much as I like new content in the game, it’s always more exciting to get a new class. U26 brought us the Warlock, an eldritch caster with few spells and feels more like a ranged build to be honest. I’ve run 3 Warlock lives so far this year. Hymm had a melee warlock life which, although OK, was not as effective as I’d hoped and a pure warlock life which pretty much annihilated everything in it’s path. This build is now being used by my alt Othala. 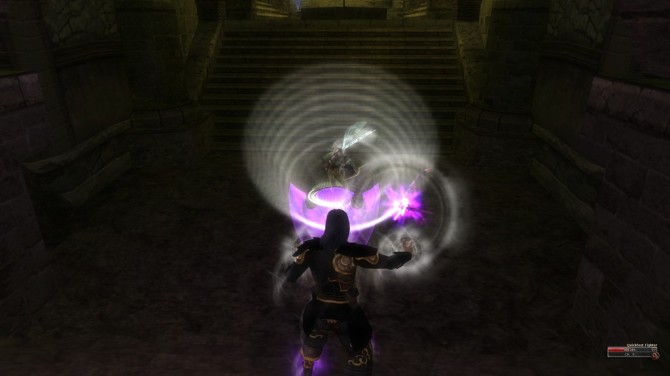 A lot of people complained about it being overpowered. Is it? Yes, at heroic levels, definitely. Do I care? Nope, I was just having too much fun 🙂

U27 – Trials of the Archons

More new content! In Amrath! Yeah, I like these 🙂 The four quests are fun, though I’ve found them more challenging at heroic level than at epic level. But they were a nice addition at heroic level as I did find the XP available at that level a bit…. lacking… especially for a multi-life TR. 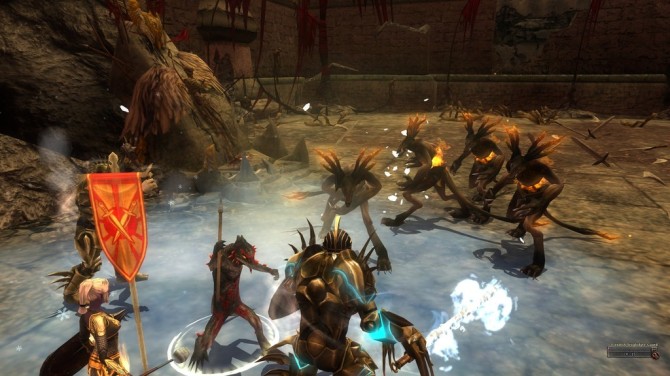 And I like the new raid too. It’s quite a quick straightforward raid compared to some but that makes a nice change.

We also had new rewards for the Mysterious Remnants with this update. These were tomes of Magic Resistance, Physical Resistance, Melee Power, Ranged Power & Spell Power. They only up your abilities by +2 (you get the initial +1 Tome then the upgrade to +2) but as someone who doesn’t really use their Remnants for anything else, these were a nice addition for me.

Yet more quests, continuing the story line from the U27 quests. Again the heroic level quests fall in an area that was a bit short in XP so they were welcome for my TR lives. The quests are located all over the place! The Portable Hole, House Cannith Enclave, The Harbor and The Twelve give these a nice variety. The Portable Hole quest is quite disappointing in the XP given compared to the other three quests – but it is a much shorter quest so I guess that’s fair.

For me the only downside of these quests is Harry (Arraetrikos) and his voice. I realise the original voice of Harry was a developer who is no longer with Turbine – but that is his voice! The change doesn’t feel right 😦

We also had an overhaul of the Ranger enhancements, but as I haven’t gone back to ranger on my TR I cannot comment (but I’ve heard good things about it from @CitiplaysDDO & @Gamergary782).

Honestly, this is what I had been looking forward to all year. Epic Shroud! Except – it’s not epic, it’s Legendary. With U29 we have a new level of quests and the 3 raids & 2 quests with this update are all Legendary i.e their base level is 30 (or is it 31? I’m not sure).

The two new quests, needed to flag for Legendary Shroud, are… OK. One has a lot of horns blaring throughout the quest (To Curse the Sky is an appropriate name….) and the other has a lot of oozes. But, once you get that sorted out (change volume settings, make sure you have an ooze beater) they are fun quests. It is a bit disappointing that we didn’t have the Vale quests at epic/legendary but I can see why with the story line being followed.

In the event that some readers haven’t run the new Shroud yet I’ll try not to spoil it too much (maybe avoid looking at the pictures though…). I loved the new raid. Honestly, The Shroud has always been my favourite raid anyway – even when I didn’t need to run it for green steel items. And I feel Turbine have not disappointed with the new raid. It is almost the same as the heroic version – but not quite 😛 The changes are good, and one was quite a surprise! 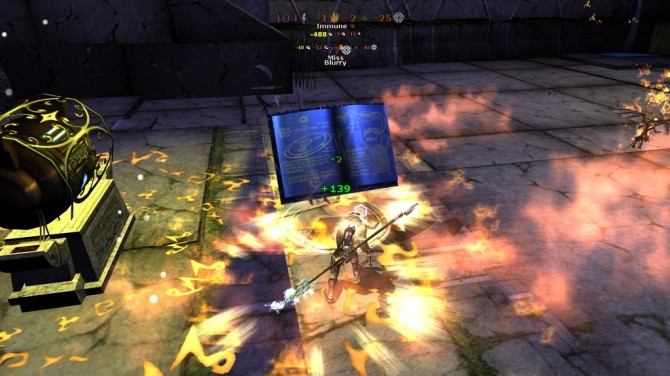 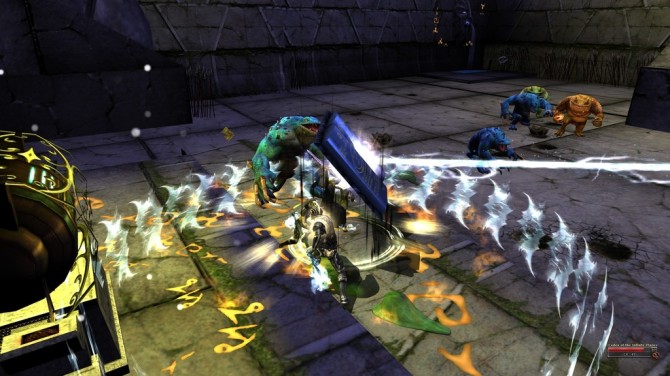 We also have Legendary Tempest Spine & Legendary Hound of Xoriat raids. I don’t really run the heroic versions of these raids (I’ve run Tempest Spine once, Hound maybe half a dozen times) but from what I’ve been told by guildies when we ran the Legendary versions, they haven’t been changed for Legendary content – apart from everything having more hit points.

This update also increased the level cap to 30. I know some people didn’t want to see this come in. Personally I’m not too bothered. With the way I do my TR lives I don’t tend to have to re-run epic content in order to cap. With the change to the epic level XP curve I really don’t expect to have a problem in reaching 30. The two new levels has brought new feats, some of which look very interesting 😀

I was going to work out how many TR’s my main character, Hymm, had gone through this year but honestly I can’t be bothered going back through the blogs to work it out 😀 I do know that he’s not stayed at cap for very long, it’s always been a case of get on to the next life. I feel I may have got maybe 6 lives done? Perhaps? Meh, it’s been a good run anyway, but still plenty of lives to go for triple completionist! 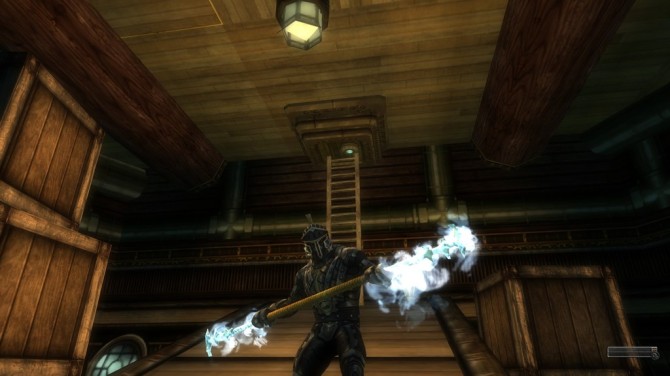 The majority of Hymm’s lives have been stick builds

I finished off the year running with the Damsels of DDO on Argo with the wolfpack. They had a bunch of previous guests back and we ran Hound of Xoriat and Vision of Destruction. Apart from having to get up at 4.30am for a 5am stream (!) I had a lot of fun. But then, Lessah, Sahba & Mythery are great hosts and things are always fun when Bonnie is thrown into the mix 😀 Thanks for inviting me along, Damsels. 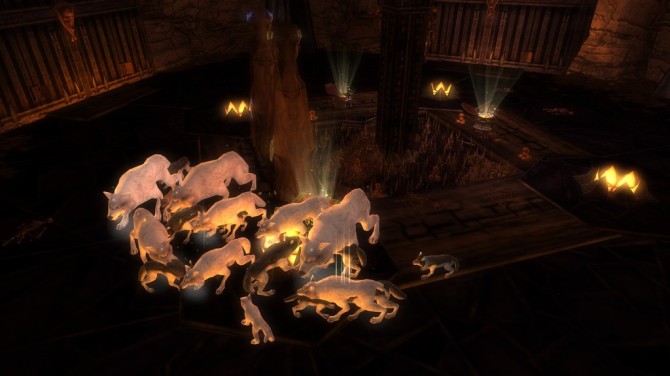 The wolf pack at the end of VoD

I hope you have all had an enjoyable & productive 2015! Here’s hoping 2016 is as good or better 🙂 Happy New Year everyone!