If you watch Samius Gurobo‘s twitch channel, or mine, or listen to the DDO Cocktail Hour podcast, you may be aware that Samius recently hit 200 followers on his channel.

END_OF_DOCUMENT_TOKEN_TO_BE_REPLACED

It’s taken a month, but in the next day or so I should hit 28 on my current life. The Artibard (or Bardificer as I’ve seen it called) is still a ton of fun to play, more so this time round as I made sure to put points into Perform (I just didn’t put anything into Spot – we know where all the traps tend to be) so I’ve managed to get it into the mid 70’s. When I hit 26 I also changed my enhancements to remove the rune arm from my Swashbuckler tree, going to the more traditional buckler usage and bringing Low Blow into my available skills. (Well, Turbine fixed Trip so I needed it!)

Had to get an armour kit – the dragonscale docent is ugly!

It’s also been a good week for running epics, as we caught up with our guildie Aldrac at around the level 20 mark. Or maybe he caught up with us then overtook us… I forget. Anyway, whatever, we could group together. He’s running a Paladin/Fighter build, so with him & Rach as her pure Paladin we just jumped into the epics on eE from the start.

This isn’t something Rach & I normally do. We probably could run eE as a duo but it would take longer. I’m happy to admit that my builds are not “uber” and running through on eH is fine with us. But Rach’s Paladin is a complete rock. She can just stand there and take anything thrown at her, she’s saved my arse several times this life with her Lay on Hands, so even when Aldrac wasn’t around we continued with the eE’s. Made a nice change for us – and a lot of XP quickly. 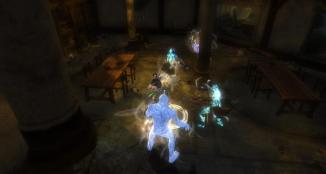 The Thrill of the Hunt, Wheloon

What Goes Up, Storm Horns

When we hit 20 we made the effort to flag for the House Cannith raids for this life. Both myself & Aldrac want some alchemical gear. I’ve been meaning to do it for several lives but never seem to get around to it. So last weekend we attempted a 3 man run of Master Artificer. It went really well – until the last fight. It took a while to get the Titans beaten down, but once we did we didn’t have the range DPS to get Toven down. The Titans came back, we decided to leave.

Lord of Blades – one of the prettiest raids in the game

This weekend, with a few more people around, we ran both Lord of Blades and Master Artificer. The Lord of Blades was just Heroic Elite, in order to get Tier 1 crafting materials and was really easy. Master Artificer we ran on Epic Normal, again for the materials we needed, and damn me if an alchemical quarterstaff didn’t drop for me! Just what I wanted – the DDO loot gods must have been feeling generous 😀 I think I actually have what I need for the Tier 1 upgrade so hopefully I can get that done this week.

Now to upgrade it

Since the builds are working out so well we’ve decided not to TR immediately, but to spend this week trying to get some gear together. I’d like to pick up a Celestia for the next few Bard & Artibard lives, so that means running Caught in the Web. Both myself & Rach would like to run the Thunder Peak raids if possible. So we may actually have to pug this week – shocking! 😛

Did I mention I’m terrible at motivating myself outside of work for writing code? Well, I am. The app hasn’t got very far 😦 However, I had an idea for another app which would be smaller, so easier to write and a good way to get started. I’m not going to give details yet, because although I’m feeling optimistic this week there’s still a good chance I’ll find other things to do…

But I will try my best to make some progress then share with you.

Normally I don’t blog about these. Geoff does a much better job of it and I’m sure he’ll have a post about this himself.

But there was just one thing that made me really, really happy.
END_OF_DOCUMENT_TOKEN_TO_BE_REPLACED

Because I’m too lazy to write…

Oh, OK maybe a few things then. The 35% boost to heroic XP (for VIPs, 20% for other DDO players) worked out very useful as we had Friday off work. Thursday night we ran the Orchard of the Macabre quests, which gave us enough XP to level up to 17 (18 banked). On Friday we hit Litany, running elite x 2 (Vol & Cinnis), hard x 1 (Mentau) and normal x 1 (Cholthulzz). So, guildies – we’re flagged for Abbot this life if you fancy running it…
END_OF_DOCUMENT_TOKEN_TO_BE_REPLACED

This week has gone back to my usual TR split.

Weekdays are spent running Hymm, duo’ing with Rach’s current TR. We finished all the level 12’s we wanted to get done, then leveled up to 15 & got the 2nd Lordsmarch chain, Gianthold walkups & Mired in Kobolds done. Usually at this point we rerun the Gianthold walkups, running them on hard & normal. But we couldn’t be bothered and we both have a nice stash of daily dice XP stones in bank characters for just this situation. So we’re now ready to level up to 16.

END_OF_DOCUMENT_TOKEN_TO_BE_REPLACED

Although I have played my TR Hymm during my normal evening game play, I’ve jumped around with who I play over the weekend more than I normally do. Usually I seem to pick a character and run him all weekend. Oh and we helped out a friend 🙂 more on that later. 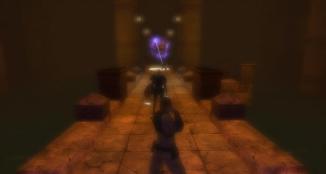 END_OF_DOCUMENT_TOKEN_TO_BE_REPLACED

Firstly, the name… well that’s a joke and to be honest, unless you have an idea of northern UK dialect, it would take way too long to explain. Suffice to say, the name Wylle has had several jokes & comments made about it. “Let’s play with your Wylle”, “Come here so I can touch your Wylle” (that was for a Masters Touch) etc etc. Yes, my guildies are all pervs – that’s why I get on with them so well 😀

END_OF_DOCUMENT_TOKEN_TO_BE_REPLACED

I didn’t get as much time to play this weekend as I’d hoped, but the time I did get was productive, fun and maybe just a little bit silly…

Friday
Myself & two guildies ran the High Road chain. I know myself & Row were running our latest TR chars (Hymm & Willowing), I’m not sure what Aldrac was running… the guy TR’s so much I can’t keep track lately 😛 The run was just eH on everything. It went very smooth, we all have self heal capabilities with our builds, including ED’s, which makes things a lot easier 🙂 And with it being first time run, nice XP!
END_OF_DOCUMENT_TOKEN_TO_BE_REPLACED

I felt the need to blog about this. It really annoyed me.

Yesterday I put an LFM up for FoT. While waiting for the group to fill I got a tell saying ‘LFM UP LOSERS’. Odd, I thought, maybe I missed an existing LFM and the guy was annoyed… So I checked the panel. No, mine was the only FoT up there.

Then an LFM did pop up, from the person who had sent me the tell.

OK… I’ve blanked the name out, but let me just say it suggested he (I’m saying he for ease of writing..) came from another server which he obviously felt was much better than Sarlona.

So here’s my thoughts:-

I think I’m a fairly easy going person. I don’t really get annoyed easily, I tend to get along with people and just let things go if someone does tick me off. But this? This is why some of us don’t like to pug so much, how a few people can ruin it for everyone else.

So if the person in question should by some chance read this blog, my message is – grow the hell up!

OK, rant over 😛 Have fun, see you around!

Last night I managed two things. I finally got my 3rd Commendation by running FoT to get my Flawless White Dragonscale armour for my tank, Grypp. Then, we re-ran the Tor on eH and I actually pulled the +3 Insightful Strength White Helmet that I thought I was going to have to grind away for months to get. The loot gods were definitely on my side last night!

Except… that armour is very white! It reminded me of the outfit Buck Rogers used to wear in the old TV series. And when @stretchicus mentioned I needed a metal sidekick – well I already have one and could resist 🙂

Also, thanks to Samius I got the Manacles of Ceaseless Toil, which means Samius is well ahead in the good guy points. I must do something about that.. hmmm.. 😛