We had a bonus day of running with the Defense Guild team on Friday due to Thanksgiving, so we decided to finish up from last week and complete the U16 chain on eE. There were just two missions to finish the chain, Stay at the Inn & The End of the Road. Both went fairly well, my partner seems to be finding her rhythm now as a cleric for a full party (i.e. she has to keep Samius’ tank alive while we run around sorting ourselves out 🙂 j/k).

I can’t remember if there was a lot of good loot dropped, but I know our 3rd guildie Aldrac got the Gloves he was after 🙂 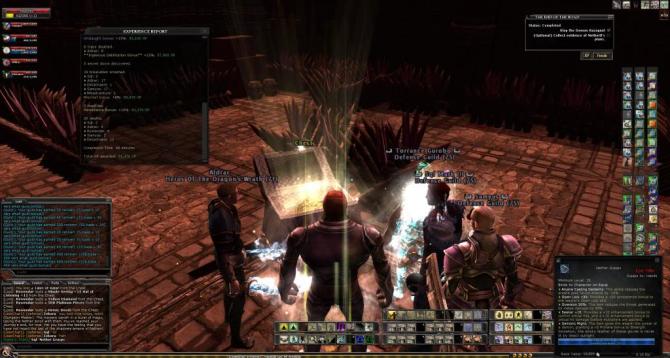 Saturday was Eveningstar. Purple Knight favour & raid flagging for the DG guys. We blitzed through the first two chains in what seemed like no time. 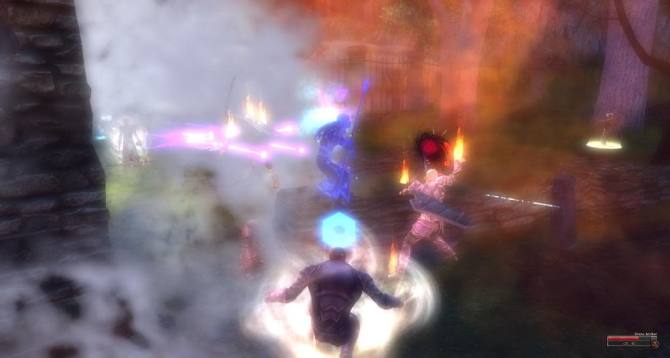 Prior to starting the Underdark chain we decided to compare pets 🙂 It turns out Torrance isn’t the only co-ordinated player. Tobril’s Pale Master has a wraith, my WF monk has a golem 🙂

Managed to squeeze in the 1st mission (Trial by Fury) of the Demonweb chain before we called it a night (from the UK). And again, I know some good loot dropped, but I forgot to make a note of it 😦

Sunday, before grouping with the DG, our guildies ran a quick eH DA with legendkilleroll to try and help him get a Great Shard of Power, as he’d not had one drop in the Shroud he’d run. And yay – we got one for him!

Then, back to the DG and finished up the Demonweb Chain. I died a few times in Reclaiming the Rift in the last wave of aliens Draegloth, think both Aldrac & Samius died too, but we pulled it back together, took out the trash, beat the crap out of the red dude 🙂 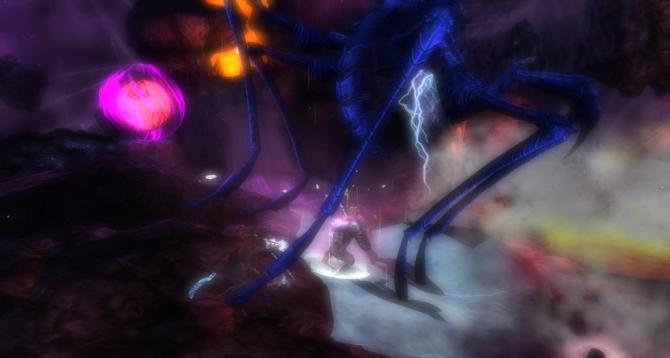 Lastly, we ran the Don’t Drink the Water mission in Eveningstar. I like that mission. I don’t feel guilty about killing the dragon in there 🙂 And he looks awesome! 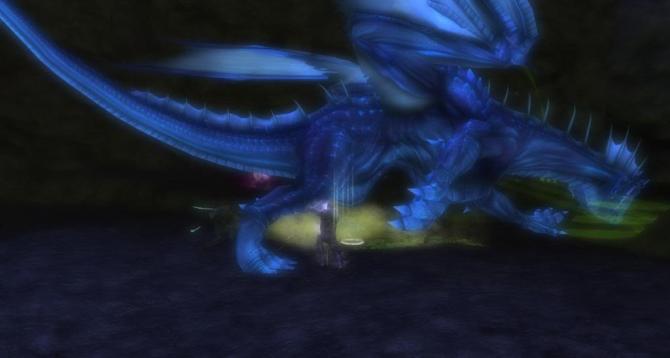 This weekends eE missions have pulled in some great XP. I think (I hope) that we are teaming up well with the DG guys, such that I felt more comfortable switching away from my maxed out GMoF back to Legendary Dreadnought, and I’m now on the last level of that. Woohoo – fate points 🙂

OK, bit of a rushed blog this week as work is piling stuff on me to do.